Free Where All Ebooks are sold!

What Would You Do To Save Humanity From Extinction?

The plague is over, the world is in ruins… 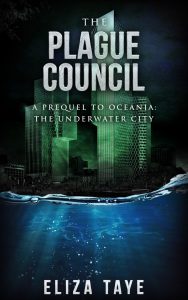 Billions are dead. The world is changed forever. Fear is rampant and for once, humans are the ones on the brink of extinction. But there are survivors and they are determined to never allow anything like The Great Plague of 2083 to ever happen again. The most powerful countries in the world have assembled a group of people to make one decision: how can the human race be safeguarded for future generations?

The Plague Council is a short story prequel to Oceania: The Underwater City. Discover how the underwater city came to be. 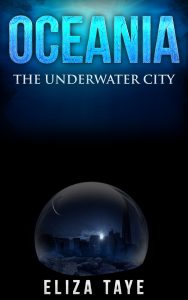 The year is 2276. Oceans have risen. Oil has run out long ago. The human population has skyrocketed to over 14 billion people. Decades and hundreds of years of pollution, bad waste management, and limiting food resources have caused countless natural disasters and diseases, damaging our world. The worldwide Great Plague of 2083 disturbed world governments that if another such outbreak occurred, the extinction of humanity would be imminent.

The solution? Oceania. A city lying over two miles beneath the surface was supposed to be the secret experimental human civilization under the sea. Only the best and the brightest from each country around the world was selected to move there. Everyone the top of their respective fields holding the highest degrees possible for their profession.

So, what happens when a bored, yet curious fourteen-year-old girl named Allie trespasses on a restricted government beach with direct access to the city? She stumbles upon a boy her age from Oceania, who was convinced that his city held the only human survivors on earth. Curiosity getting the best of her, Allie accepts his invitation to visit the city. She discovers a world so different from her own that she can’t help but visit it again and again, turning her boring summer with her grandmother into an adventure of a lifetime.

But will Allie and the boy’s friendship ruin the secrecy of the experimental city Oceania? Or will Allie be discovered as an outsider on one of their frequent trips to Oceania and be barred from ever leaving?

Oceania: The Underwater City is a young adult sci-fi novel packed with exploratory underwater adventures, science, and more. It is a story about friendship, courage, and finding one’s place in the world.

Two summers ago, Allie discovered the underwater city of Oceania. This summer, her world is about to be turned upside down. 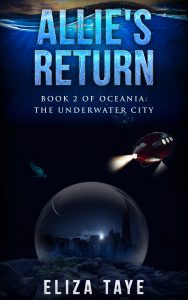 Two summers ago, Allie and Dylan exposed the secret underwater city of Oceania. Now the Above World and Oceania are once again united but that’s all about to change. The Great Plague has resurfaced and spread through the land-dwelling world. To protect Oceania, all outsiders are barred from the city, but not before Dylan sneaks Allie in to protect her. Unable to risk infection by returning home, Allie is forced to find a place in the highly academic society of Oceania. While the Above World scrambles to find a cure to the deadly plague, Allie struggles to find her place in the community that she’s illegally become a part of. Will she be able to find her place amongst the Oceanians or will the perfection-based haven be too much for her to handle?

Full of adventures to rival the first book, Allie’s Return continues with riveting undersea action and exploration that will immerse you in the world of Oceania and leave you wanting more.

Dylan and Allie have been banished to an underwater research station in the Mariana Trench…what could go wrong?

Successful at delivering the cure for the Second Great Plague to the Land Dwellers, Allie and Dylan return to Oceania. But their rogue actions have cost them dearly. For disobeying direct orders from Mayor Cho, Dylan and Allie are exiled to a remote scientific research station in the Mariana Trench called Shark Station. Located in the second deepest part of the ocean—Sirena Deep—they are thousands of miles away from their beloved city. Accompanied by five adults who ensure that they work hard to run the old station, they’ve resigned to their fate. Yet mysteries of the deep are about to surface and the Sirena Deep may prove to be more dangerous than they ever could have imagined.

Allie’s survived Shark Station, now she has to survive the Oceania Exchange Program. 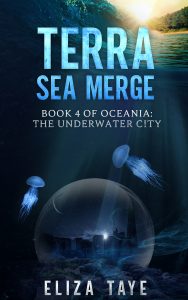 Reeling after the tragedy on Shark Station, Allie finds herself left alone to face the aftermath of the deal she made to save everyone on Shark Station. Appointed as head of the exchange program by Mayor Cho, Allie is now in charge of ten Land Dweller exchange students eager to experience life in the underwater city. As she introduces them to the city and abyss she loves, they encounter a monster of the deep she never thought she’d see again. The presence of the creature sets off a chain of events Allie is unprepared for. Yet, an even greater danger is lurking in the depths, unseen and unknown. This time, Allie may have to face it alone without the help of her friends.

Allie’s been invited to participate in an ecological research survey…what could possibly go wrong? 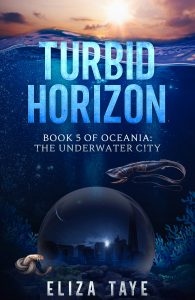 After once again saving Oceania from total destruction, Allie thinks she can finally return to her studies and duties with the exchange students. But an offer to participate in an ecological study of the cave system she helped discover lures her back into researching the mutated fish found in the caves. Allowed to bring the exchange students along as part of the research team, Allie is able to keep her promise to Mayor Cho. Yet, things go awry from the start. The collection of a simple tissue sample nearly ends in disaster. The ROVs used to map the cave system begin to disappear without a trace. The discovery of a brand new species and a disturbing find in one of the tunnels causes the Oceania Security and Investigation team to be called, threatening the completion of their study. The ensuing investigation sets off a chain of events that will change the city of Oceania forever.

Get the first 3 novels together in one set for 35% off! 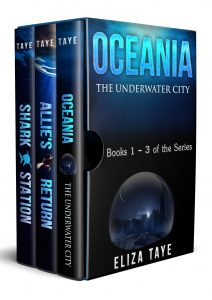 Excerpt from Oceania: The Underwater City

I laughed disbelievingly. “You’ve got to be kidding me. Is this some joke? Some play on the lost city of Atlantis. Am I on a prank show?”

“No, Allie.” Dylan took two steps closer to me. “I’m telling you the truth. It was an experiment to see if mankind could survive beneath the sea in a self-sustaining environment. Space was too far away and too complicated to evacuate large masses of people in a hurry, leaving the ocean as the alternative.”

I shook my head again, backing away slowly. He was crazy. Insane!

“Allie, perhaps that is the reason this beach is off-limits. No one is allowed to come here because it has the most direct access to Oceania.”

I stopped backing away. Okay, maybe Dylan was insane, but he really seemed to be thoroughly engrossed in his insanity. He truly believed in this underwater city where people lived to ensure the survival of mankind. Perhaps, the best thing was to placate him by playing along. Besides, there was no one else around for a couple of miles. If Dylan tried to drag me into the sea, no one would hear me scream. Perhaps, it’d be best to let him keep talking and try to find out more. Hopefully, he wouldn’t realize I’d caught on to his lunacy. “How could an entire city be built in secret, especially underwater?”

“You don’t believe me, do you?” Dylan’s shoulders slumped slightly.

“To be honest, Dylan, even with this holographic image hovering in front of me, no I don’t. I don’t understand how an underwater city could be fully self-sustaining so far beneath the surface or why it would have to be a secret experiment. I simply cannot fathom what an underwater city would be like or why you’re even telling me about this.”

Dylan’s entire face brightened as he reached out for my hand. “I’m telling you about this place because I want to take you there.”